Michael Mandel is the founder of the Law Office of Michael and Michelle Mandel. Mr. Mandel is a trial lawyer with more than 40 years of experience in personal injury law. He has represented clients in cases in all Bay Area counties, including San Francisco, Solano, Napa, Marin, Contra Costa, Alameda, San Mateo and Santa Clara. Mr. Mandel is AV® Preeminent™ Peer Review Rated by from Martindale-Hubbell®, the highest rating awarded for legal ability and ethical standards. He has also been selected to the prestigious Super Lawyers since 2008 for his practice in the areas of plaintiff personal injury and medical malpractice.

In April 2016, Michael received a Lifetime Achievement Award from the San Francisco Lawyers Association. This award was in recognition to Michael’s accomplishments and work ethic he demonstrated over the course of his career in representing individuals with personal injuries.

Michael Mandel began his career in litigation in 1971, when he represented a client in his first jury trial. In 1973, Mr. Mandel tried his first medical malpractice case, which resulted in an award to the client for failure of a medical practitioner to diagnose tongue cancer (Hawthorne v. Campbell, D.D.S.). In addition to bench and jury trials, Mr. Mandel has successfully argued appeals on a broad range of matters, resulting in four published opinions. Two of those cases were argued before the California Supreme Court and set legal precedent for the State of California 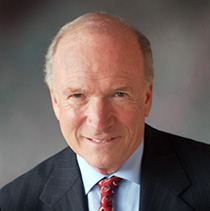