San Francisco personal injury lawyers with a history of success

At the Law Office of Michael and Michelle Mandel, we have a long history of helping clients obtain successful results in a wide variety of cases, including personal injury, wrongful death and medical malpractice lawsuits in the Bay Area. In one high profile personal injury case, we obtained a settlement on behalf of a zookeeper who was severely injured in an attack by a Siberian tiger while at work at the San Francisco Zoo. In addition to helping clients obtain verdicts and settlements, we have helped set legal precedent through appeal and successfully argued several published cases.

At the San Francisco Law Office of Michael and Michelle Mandel, our law firm has helped clients obtain successful resolutions in serious cases since 1972. When you work with us, you speak to an experienced personal injury lawyer who is dedicated to helping you understand your rights and obtaining a successful settlement on your behalf. To learn more about recovering fair and just compensation for the physical injuries and financial harm you have suffered, contact us online or call us at (415) 626-5400 for a free initial consultation.

(Recent News:) Within the past 3 months (April and June 2014) we obtained 2 Verdicts in Medical Malpractice cases. One was in Alameda County Superior Court, the other was a Binding Kaiser Arbitration. Awards were 180K and 250K respectively against ZERO offers in both cases.

$500,000 settlement, the maximum attainable amount under California law, to a couple for failure to diagnosis cancer
Multi-million-dollar award for a child born with Down’s Syndrome to a mother who was not appropriately advised to undergo genetic testing
$300,000 settlement for failure to timely diagnose and treat a foot fracture
Personal Injury and Torts

$1 million settlement for a bicyclist who sustained a mild brain injury when struck by a school district vehicle
$4.5 million settlement in a construction defect case involving a condominium project in San Mateo County
People vs. Mitchell, Supreme Court of California, 8 Cal. 3d 164
Confidential settlement for a zookeeper who was mauled by a tiger at the San Francisco zoo. The same tiger was shot and killed a year later after it escaped its holding area and killed an individual. 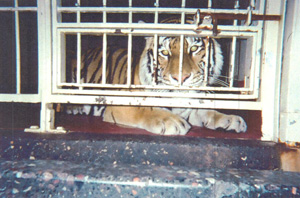 $245,000 for a woman who broke both feet after tripping in a pothole. Read more.
Published Appellate Cases

In 2015 and again in another case in 2016, we obtained settlements in the sums of $950,000 and $875,000 for individuals who suffered scald injuries, both 2nd and 3rd degree burns, from being exposed to water in their apartments with temperatures exceeding 140 degrees. The uniform plumbing code provides the temperature of hot water delivered to plumbing fixtures (bath, shower, sink faucets) should not exceed 120 degrees fahrenheit. Water temperatures of 140 degrees and up can produce 3rd degree burns in 2-3 seconds.

In October 2015, Michael Mandel obtained his 3rd consecutive medical malpractice award. The latest victory was a jury verdict in San Francisco County Superior Court against a general surgeon who was the team physician for the San Francisco Giants.